skip to main | skip to sidebar

"Today's ratification means all county employees - our sheriff's deputies, 911 dispatchers, snow plow operators, nurses, social workers, department heads and elected officials, including myself, have agreed to be part of the solution to address the worst economic recession our county has seen in decades," Falk said.

Local 60 is one of AFSCME Council 40's largest Locals and it is vital to our members and their families that they keep working. Kathleen Falk has done a great job maintaining positions for our members in Dane County.
Posted by Scott Sharp at 4:38 PM No comments:

Was voted to be the best State Legislative site . Minnesota and Washington also have good legislative websites. The worst three were Idaho, Colorado, and Vermont. On Wisconsin!

How did our representatives vote check here

Posted by Scott Sharp at 6:44 PM No comments: 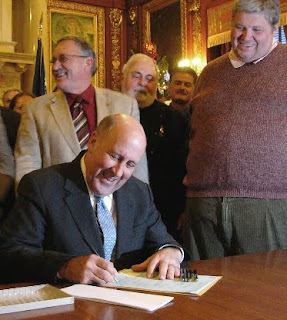 For years our children's history books have never explored the important role that unions have played in the history of the great State of Wisconsin. With this bill signed the State Superintendant of Schools will have to add labor history to its' curriculum. Phil Neuenfeldt, AFL-CIO Secretary Treasurer was available to witness Governor Doyle signing AB 172 into state law.
Would you like to read more? Click here

Posted by Scott Sharp at 7:21 PM No comments:

As Americans and as AFSCME members we deserve the best healthcare benefits available. We work hard for our benefits and have gladly given into wage concessions to keep our healthcare benefits which in most cases have seen increased deductibles and more insurance carrier micro-managing of essential care.

Why do we want this bill to pass that includes the following:

Posted by Scott Sharp at 7:02 PM No comments: 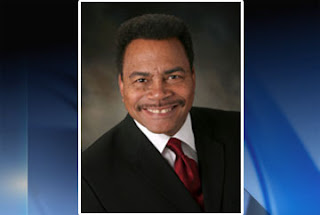 This is Milwaukee's 6th District State Senator Spencer Coggs.
He started his career in Milwaukee County as a Health Inspector, Member of AFSCME Council 48. For twenty years he served in the State Assembly until 2003 when he ran and won his current Senate Seat. He will have to win the April primary to be on the ballot in November 2010.
Posted by Scott Sharp at 6:54 PM No comments:

http://my.barackobama.com/holiday8/?fname=Scott
Posted by Scott Sharp at 8:44 PM No comments: 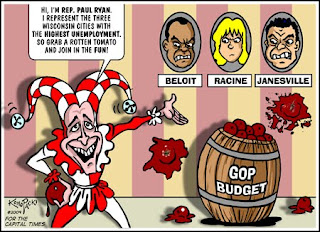 Click on picture to enlarge
Posted by Scott Sharp at 6:20 PM No comments:

Newby to be on Fox and Friends

President Newby will be on Fox & Friends December 17th at 6:50AM talking about our "Labor History in the Schools" bill which Governor Doyle signed into law last Thursday.


In the Milwaukee area this would be Fox 6.

Posted by Scott Sharp at 4:23 PM No comments:

Last night one of our retirees, a Correctional Officer from the Walworth County Sheriff’s Dept passed away. Howard Hagen was a union leader at the local level for his 9 year employment with us. Howard retired October 16, 2009 due to his deteriorating health conditions. Howard had fought a 2 year battle with cancer and succumbed to his illness on Saturday night. Before that Howard served the City of Chicago as a Police Officer for 34 years and was a leader in the FOP (Fraternal Order of Police) Lodge 7. Before that, Howard served his country in the United States Marine Corps.

Howard started work for our department on a bet with his wife. She didn’t think that he could pass the test to work for our department. That is a bet that I am glad that he won. Howard did this because as an employee of Chicago, he would not have received Medicare, because they did not pay into Social Security. Howard is survived by his wife, children and grand children. He joins the partners he had one the streets in Chicago to now guard the streets of heaven.

Please keep his family and our local in your thoughts and prayers this season. Howard touched these members and united these officers more than any person that I have seen.

Mike Recklies
Posted by Scott Sharp at 3:33 PM No comments:

Call to all DPW Members

Any member (men and women) in good standing with the Democratic Party of Wisconsin are invited to participate in the DPW Women's Caucus. Their second meeting was held today (December 10, 2009) in Madison and via conference call. They finished the Caucus' Constitution which will go before the Administrative Committee in January for final approval.

This Caucus has a five member Executive Committee including 2 Co-Chairs, an Associate Chair, Recording Secretary, and a Treasurer. The 2 Co-Chairs were appointed so that event planning can begin. Susan Van Sickland from Iowa County has been instrumental in getting this Caucus organized she will Co-Chair the Caucus with Penny Sharp from Racine County.

A call is being made for volunteers to fill an Associate Chair's seat, Secretary's seat, and Treasurer's seat. It is the Caucus' concensus that a cross state representation on the Executive Committee would be the best way to get input from the entire state. If you are interested in participating as a member at large or an Executive Committee appointment please contact Penny Sharp at (262) 878-3875.
Posted by Scott Sharp at 9:53 PM No comments:

SAFETEA-LU is due to Expire Dec 18th

I find it rather interesting that Republicans destroyed transportation funding by reversing indexing here in Wisconsin and now there is a proposal at the Federal Level to debate this very issue. Read further......

LaHood Suggests Gas Tax Debate at a summit in Fort Worth, Texas, U.S. Transportation Secretary Ray LaHood suggested Congress debate next year whether to increase the federal gasoline tax to pay for a long-term transportation authorization bill. While the Obama Administration still opposes an increase in the gas tax at this time, the Secretary's call for a debate on funding options including indexing the federal gas tax is new. LaHood also pledged to work with Congress on passing a long-term reauthorization bill in 2010.

The secretary and the administration had previously pushed for postponing reauthorization until 2011 after the mid-term elections. However, House and Senate leadership have said they are determined to complete the bill next year. "The problem we have is, Congress wants to pass a very robust transportation bill in the neighborhood of $400 or $500 billion, and we know the highway trust fund is just deficient in its ability to fund those kinds of projects," LaHood said.

"The highway trust fund was substantial at one time, but now with people driving less, and driving more fuel-efficient cars, it has become deficient. To index the federal fuel tax, that's something Congress is going to have to decide."The previous surface transportation authorization, SAFETEA-LU, expired September 30, 2009 and has been extended twice with short-term continuing resolutions. The current continuing resolution expires December 18th.
Posted by Scott Sharp at 6:08 PM No comments:

Eau Claire Democratic Party Honors 3 of their own
On December 3rd Chippewa Valley Democratic Trailblazers were honored. Local labor political activist Jerry LaPoint, Democratic activists Ray and Lucille Wachs, former state legislator Frank Nikolay and former Congressman Al Baldus all have made substantial contributions to the progressive cause over the years. John Nichols was a featured guest and joined other party members to honor these special people.
Posted by Scott Sharp at 10:00 PM No comments:

I wanted to take a moment to share my thoughts on President Obama's plan for Afghanistan with you. I do not support the president’s decision to send additional troops to fight a war in Afghanistan that is no longer in our national security interest. It’s an expensive gamble to undertake armed nation-building on behalf of a corrupt government of questionable legitimacy. Sending more troops could further destabilize Afghanistan and, more importantly, Pakistan, a nuclear-armed state where al Qaeda is headquartered. While I appreciate that the president made clear we won’t be in Afghanistan forever, I am disappointed by his decision not to offer a timetable for ending our military presence there. I will work with members of both parties and both houses of Congress to push for a flexible timetable to reduce our troop levels in Afghanistan, as part of a comprehensive strategy to combat al Qaeda in the region and around the world.I will continue to speak out in favor of a flexible timetable for withdrawal, and I’m counting on you to help spread the word. If you haven't already done so, please take a moment and sign my petition supporting a flexible timetable for withdrawal. I’ll keep you updated on the next steps, and what you can do to make sure our message is heard.
Sincerely,

Russ
Posted by Scott Sharp at 7:35 PM No comments:

Governor Doyle Signs Impartial Justice Bill to Provide Full Public Financing of Supreme Court Campaigns
MADISON – Governor Jim Doyle today signed into law legislation that will provide full public financing for Supreme Court campaigns. Senate Bill 40 creates a democracy trust fund that will provide publicly-funded grants for qualifying Supreme Court candidates who voluntarily agree to abide by a spending limit of $400,000.
“We have all seen how interest groups can sway the outcome of Wisconsin Supreme Court Cases,” Governor Doyle said. “This legislation is an important campaign finance reform that will ensure impartiality and public confidence in our state’s highest court. I have long championed this reform and I am proud to finally sign it into law today.”
Governor Doyle thanked Senators Kreitlow and Taylor, and Representatives Hintz and Hilgenberg for their work on the bill.
Posted by Scott Sharp at 7:11 PM No comments:

Please pick up the phone right now and call 1-888-460-0813. This is AFSCME's special toll-free hotline to the U.S. Capitol switchboard. Ask to be connected to Senators Feingold and Kohl and use this script as a guide:

Hello, my name is ------ and I’m calling from -------.
I’d like to speak with the person in the office who works on health care reform.
I support real health care reform — but I want to see it done right.
I am asking Senator _____ to support a strong public option and employer mandate, and to get rid of the tax on middle-class health care benefits that’s in the Senate plan.

The goal of health care reform should be to make it more affordable and accessible.
We can do that through competition from a public option. Taxing the benefits of middle-class Americans is a terrible idea.
Can I count on Senator _______ to support a strong public option and oppose the tax on middle class health care plans?

Please make a call to Senators Feingold and Kohl this week and let them know how important Healthcare Reform is to the economy of the United States.
Posted by Scott Sharp at 6:55 PM No comments:

AFSCME has an International Convention every two years.
In 2010, a new International Vice-President for Wisconsin will be elected at this convention due to Brother Murphy's retirement.